The disaster that struck the Garden Route and the Eastern Cape from 6 June through to the 11th of June 2017 has left hundreds of people displaced.

Friends of Afrovibe have very generously offered to assist victims of this tragedy, Afrovibe can therefore offer accommodation to victims. Should you or anyone that has been affected be in need of accommodation please contact us.

Our thoughts are with everyone during this very difficult time.

Whilst the fall-out from the devastating fires in Greater Knysna will no doubt be felt for months, if not years, it seems that as of this morning residents are out of imminent danger.

Sedgefield village has been left more or less intact, though wildfires have wreaked destructive havoc in surrounding farming and smallholding communities of Elandskraal, Ruigtevlei, Fairview and surrounds. There are still small patches smoldering in the forests and on the other side of the dune, but at the time of writing this the huge blazes have for the most part been extinguished or are at least under control. People have returned to their smoky homes – most of them still standing,  a lot of them not.

On Saturday 10 June villagers felt and saw that the blaze much closer to home. Flames and plumes of thick smoke on the horizon made it hard to understand the ‘Don’t Panic’ message that was being regularly broadcast by the fire monitoring team.

Early in the day the N2 was closed on the Eastern side of town, to allow free access for emergency vehicles and people to evacuate the area around Gansvlei – including the Riverdeck and Mini Magic horses. The road closure was also to allow the helicopters to go about the business of water bombing the blazes that were heading towards Buffalo Bay from the Northern side. This safety measure ensured that many remained safely ensconced in their homes, whilst others flocked to volunteer at the Town Hall where truckload after truckload of water, clothing, and food from all over the country were being delivered for those who had been evacuated, and food parcels and hot meals prepared for firefighters.
At one stage there was a call for Sedgefielders to standby and be ready for possible evacuation, and residents numbly packed their ‘pick up and go’ bags, but fortunately, the ‘stand down’ message followed minutes later.  Despite the bombardment of hype and mistruth on social media, panic did not set in, though fear and stress were at almost unbearable levels. Perhaps with 800 firefighters from all over the country descending on Knysna to tackle the blaze, as well as six fire-bombing helicopters, residents knew that all that could be done was being done.

But as night fell the size and brightness of the flames brought on renewed fear. Massive, threatening blazes were visible on the Eastern side of town and it seemed the village may well soon be engulfed.

Then once again the monitoring team issued a calming broadcast that all was under control and that the fire team had commenced ‘back burning’ – a means by which they could fight fire with fire by burning the vegetation on the dune of the Goukamma Reserve, so that the controlled fire would meet the larger fire halfway – and leave nothing for it to consume.   The wind was blowing in the right direction and the firemen and support crews admirably performed this technical challenge with great success.

Sedgefield communities were kept informed by any means necessary, Whatsapp messages, voicenotes  facebook posts notifications were sent by those in the know to those who were in the dark.

As the sun rose on Sunday 11 June, the town’s people woke up to far less smoke, and no flames on the horizon. Even after days of fetching, carrying, receiving and distributing, the volunteers (and more) once again pitched up at the Town Hall and other centres, offering their hands and feet to keep up the incredible work. Anything to make the broken lives of those affected by the fire a little better.

“The worst is over and now the hard work starts. Sedgefarians are rising in the way that they do best. There are so many helpers, so many hearts, hands and homes that are open to do what needs to be done,” said one volunteer.

The joint operations and control centres for Sedgefield are the Municipal Town Hall and the ‘Old African Affair Building’ on the Northern side of the N2 up the road from Montecellos. If you are displaced and need anything – from a warm plate of food to a pet bed – everything is there and there are people to help too. Please don’t hesitate to ask any of the co-ordinators on site. 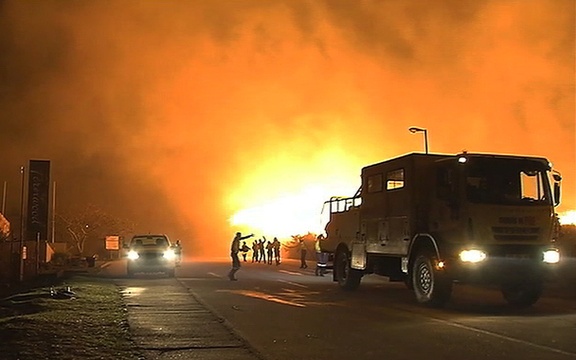 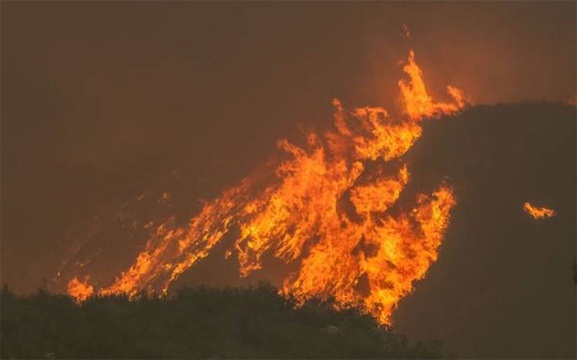 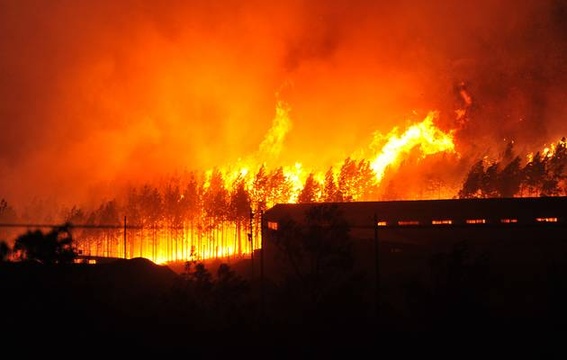 From the Afrovibe Blog

Travel to P.E. and Save!